Barriers, Themes and Constraints: A Primer

Persistent barriers limit women’s access to financial services. Women continue to be less likely than men to have access to financial institutions or to possess a bank account. In spite of recent rapid increases in financial services between 2014 and 2017 — men’s bank account ownership in developing countries increased from 60 percent to 67 percent, while women’s ownership grew from 51 percent to 59 percent (Demirguc Kunt et al., 2018) — the gender gap has stubbornly remained at 9 percentage points in emerging markets since 2011 (Demirguc Kunt et al., 2018).

In an IFC study of developing economies, female-owned businesses accounted for 33 percent or US$1.5 trillion of the total SME finance gap, defined as the difference between the available supply and potential demand that could be met by financial institutions (International Finance Corporation 2017). Many women entrepreneurs do not even apply for loans because of low financial literacy, risk aversion, or fear of failure (Morsy 2020). Among those who do seek financing, lack of collateral is the most commonly cited impediment. The World Bank’s Enterprise Surveys reveal that 78 percent of the assets of a typical business in the developing world consists of movable property, such as equipment, inventory, and accounts receivable, while only 22 percent include real estate. Women may also be subject to unfavorable banking practices, such as being charged higher interest rates and having to meet shorter repayment periods. As a result, women lose opportunities to invest in their businesses, create jobs, reduce poverty, and strengthen economies. It is estimated that closing the credit gap by 2020 for women-owned SMEs in the BRIC (Brazil, Russia, India, and China) and the Next-11 (Bangladesh, Egypt, Indonesia, Iran, Mexico, Nigeria, Pakistan, the Philippines, Turkey, South Korea, and Vietnam) emerging markets could result in 12 percent higher income per capita in those countries by 2030 (Stupnytska et al. 2014).

In environments where women are less likely than men to own assets that could serve as collateral for credit, the World Bank Group has successfully piloted the use of psychometric testing. (See box below: Improving Access to Credit for Women Through the Use of Alternatives to Collateral.) Analysis of big data, including data accessed through mobile phones and utility bills, can improve understanding of entrepreneurs’ cash flow, character traits, and networks to assess credit default risk and predict the likelihood of loan repayment. 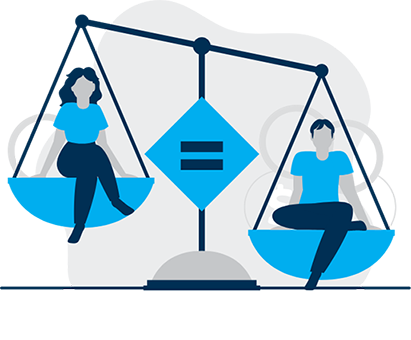 Mobile money and e-Wallets have been game changers in a number of developing countries, by bringing formal financial services within the reach of a majority of the population for the first time. Kenya is a global leader in mobile money, with the M-Pesa products that offer a phone-based money transfer service, payments, and microfinancing services.

Access to the M-Pesa mobile money system has been adopted by at least one member in 75 percent of households and is estimated to have lifted 194,000 (2 percent) of households out of poverty, with a greater impact on women (Suri and Jack 2016). The relative impact of mobile money versus more traditional bank accounts for women’s financial services varies among countries.

Another opportunity to increase women’s access to finance is using data derived from apps, digital financial services, credit reporting and other digital sources. Information can take the form of “alternative data” such as reports from utilities, government payments, or social media. In some instances, data are collected through direct surveys and interviews with consumers to develop a psychometric profile that can help to predict the probability of repayment. In Ethiopia, the World Bank has supported a project to develop psychometric data on women entrepreneurs that has shown positive results. Both Kenya and Tanzania have improved access to credit by distributing so-called alternative data on individuals’ positive and negative payment histories with utility companies and retailers. Women and other consumers who may be underrepresented in financial markets and traditional credit bureaus particularly benefit from access to new sources of data that can be leveraged for financial analysis.

However, expanded use of both financial and nonfinancial data also increases risks to data protection and privacy. While many providers seek the customer’s consent to consult and use personal data, these consent clauses may provide little protection against data misuse. Instead, they may offer more legal protection to the financial services provider (by showing they have the customer’s agreement to use their data) than for the consumer whose data is being analyzed. The General Data Protection Regulation (GDPR) passed in the European Union in 2016 provides the most widely used legal and regulatory framework for information sharing, including in financial markets.

While mobile money holds potential, intervention designs must be sensitive to country context and consumer risks, including online abuse and fraud. Many microentrepreneurs do not have formal accounts and therefore no pathway to savings, credit, or other financial products and services provided by financial service providers that could help their businesses expand. MSMEs generally rely on multiple forms of consumer finance to meet both personal and business operating needs. For example, over six million Kenyans have taken out at least one digital loan for meeting day-to-day household needs and for working capital for small enterprises. According to a 2019 report by Financial Sector Deepening Kenya, usage of non-regulated digital credit grew from 0.6 percent in 2016 to 8.3 percent in 2019. Governments need to proactively review these new digital finance products as part of the larger discussion on how finance and credit can be made more attainable for the many microentrepreneurs and others who are unbanked and operate unregistered firms on the margins of a developing country’s economy.

The automated data-generation tool in this toolkit is available online and provides comprehensive country snapshots of the context in which female entrepreneurs and workers operate and allows for country and regional comparisons. At the click of a button, the tool generates country-level information across some 125 indicators.

Access to Finance indicators cover women ́s level of financial inclusion with an emphasis on digital financial services (DFS). Indicators cover both access to and use of DFS to better understand the day-to-day use of products beyond account opening. Global Findex data provide some of these insights. In addition to the information on digital finance, data on bank account ownership, the savings rates of women entrepreneurs, and their sources of credit are included. The data compiled here reflects the extent to which women can use both traditional financial services and digital providers and services.

The matrix helps teams match barriers identified during analysis with potential interventions to lower them. It also suggests digital enablers for each intervention category and provides a corresponding project example.

The matrix is organized according to the toolkit’s four main constraint categories (legal and regulatory; access to finance; training, skills, and information; access to markets). For each category, barriers faced by women entrepreneurs are listed. These barriers are economic and social factors that may affect the general population, business community, or women as a group and, as such, represent obstacles causing WMSME growth to stagnate, such as encumbering processes for establishing and formalizing businesses, inhibiting access to the resources needed to fuel growth, and/or restricting information and communication flows among stakeholders. It is important for project teams to use the findings from the diagnostic to determine which barriers are most critical to address in project design.

The interventions proposed are drawn from WBG projects and from some non-WBG initiatives. Where possible the matrix categorizes interventions according to their track record for results, that is, the extent to which evidence demonstrates an intervention's impact (World Bank Group 2019b). It should be noted, however, that most of the categorized interventions were delivered without digital enablers. For the most recent and current impact evaluations and research please visit the WBG Regional Gender Innovation Labs. CLICK HERE to access the full Matrix, including features to create your own customized report by constraint, region, and level of evidence

Overview of Barriers and Potential Interventions by Constraint

The finance and credit portion of the matrix presents constraining factors and potential interventions related to women’s access to the financial products and services required to launch, operate, and grow their businesses.

Barriers to accessing finance are generally associated with gender differences in income, legal rights, and lack of access to legal identification, credit histories, collateral, and technology. For women, these barriers often manifest as a lack of account ownership or a persistent focus on traditional collateral requirements (such as immovable property) for securing credit. Lack of access to financial services may also be linked to limited local presence, such as a lack of agent networks, and to limited trust and financial capability, as well as a lack of digital skills to manage digital financial services. Social barriers to personal engagement between women business owners and male credit providers or agents may also represent barriers.

Potential interventions in this area focus on ways to expand access to and use of digital financial services (DFS), which tend to be more cost-effective and scalable and which create and utilize data to reduce information asymmetries and strengthen access to credit. Where women have widespread access to mobile phones, DFS can be delivered with relative ease; but even where women don’t own or control a mobile phone, digital financial services can still be delivered through cards or online or remote access services. Infrastructure related to credit information and collateral can provide other interventions, including innovative ways for women to address collateral requirements, such as partial credit guarantee schemes; movable collateral registries; and alternative scoring methods, including psychometric analysis. Ecosystem issues can also be critical to address, including access to a digital ID and remote onboarding/e-KYC, improving agent networks, and providing consumer protections geared to women’s online experiences. On an industry basis, creating financial products and services based on WSME needs and preferences and strengthening outreach and financial capability/literacy can help sustain and improve access for women entrepreneurs. Finally, developing sex-disaggregated data on women’s access to and use of financial products and services, including digital, fintech, and MNO offerings, can help policy makers monitor improvements and the gaps faced by women entrepreneurs and determine which policies have the greatest impact and can provide valuable market data for private providers seeking to reach this market. Other opportunities to increase WSMEs’ access to finance and credit include employing technology to reduce corruption in lending practices or providing online gender-sensitive training for loan officers.

This section presents a menu of gender-related output, outcome, and impact indicators to measure project results by choosing gender indicator/s that align(s) with the gaps that the project is trying to address; track(s) expected results; and is/are specific, measurable, achievable, relevant, and time-bound (SMART). When selecting indicators, work with your M&E team, as well as with a gender specialist, to confirm and validate indicator choice; also consider sex-disaggregating indicators across the project, i.e., for those activities that may not specifically address gender gaps but that are amenable to sex-disaggregated data collection. Focus on indicators that make sense for your project and for which you will be able to collect data. The indicators can be applied to both lending and advisory World Bank projects.

Barriers, Themes and Constraints: A Primer